This is the page with more information about me. For my main about page, please click the Bio link in the menu.

I started shooting when I was young, but I never really became a photographer. Even now I feel like I'm not really a photographer . . . not yet. Now I am getting old, yet I still shoot from time to time. Sometimes I shoot a lot in a short period of time. In one year I might shoot just a few thousand photos, and in another I might shoot a few tens of thousands of photos. 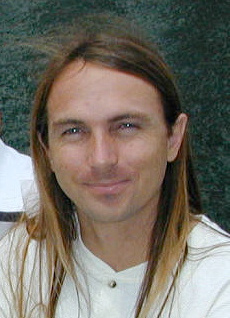 Lately I have realized that my collection of photos has grown quite large. I'm not talking about what is visible through the ALL link in the GALLERIES drop-down here on this website. That's only a smidgen of the photos I've shot. Most of my photos are sunrises and models. I have literally thousands of good sunrise photos (over 8,000 in just one Aperture library I was looking at a minute ago). Over the last few years I photographed hundreds of models - more than 1,000 photos each with most of them. That means I actually have hundreds of thousands of portraits (not all good though, of course). I have more cameras than ever now too.

Today I shoot primarily with Sigma cameras. I have other cameras too (a couple of Sony cameras with some Minolta lenses, a Nikon D810, a couple of old Nikons, including an F3hp film camera with a 28mm f2 AIS lens, an old, broken Sigma, two old, broken Canons . . . I guess I shot too many photos with them). I sometimes use my large format film camera, and I have an old Minolta 35mm film camera too . . . yet to be used (but I have a few rolls of film for it, which I hope to shoot over the next few months).

My current plan (as of November 2018) is to get a more modern Sigma digital camera, which is coming out in a few months, some Sigma Art lenses, and an 8x10 large format field camera. The 8x10 will be my primary landscape camera, while the Sigma will become my primary digital camera. I may sell my other stuff to fund the purchase of a lens or two. Eventually I may get a new Panasonic S1R for shooting with my Art lenses (the S1R will have the same mount as my full-frame Sigma) in situations where I need to use high ISO settings, such as when shooting wide-field starscapes (i.e. the Milkyway galaxy) and indoor action photos at events (i.e. stage performances), and of course, when I want to shoot video. (The Sigma cameras don't do video.) So why Sigma cameras you might ask . . .

Sigma cameras have Foveon sensors, and I believe the Foveon sensor is the best sensor for low-ISO photography, which is the bulk of what I shoot.

I never dreamed of having so many cameras.

I have other websites too. Here they are:

So what about me you might ask? Who is Scott Kennelly? 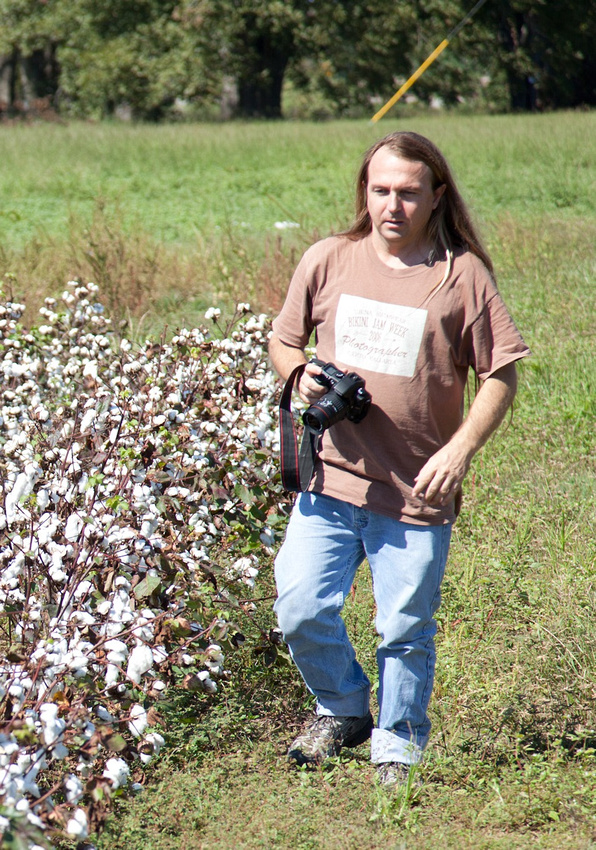 Photographing a cotton field It's difficult for me to describe myself. I can tell you about my physical characteristics, like my weight (about 145 lbs.) and height (5'4"), which is shorter than most of the models I shoot, or I can tell you about my race (northern European - Caucasian - born in Australia though). I can tell you I have really long hair (making many of my models jealous). Ultimately you would probably prefer to learn about my personality though, right?

I'm a person of dualities. I can work hard and be very detailed, but I can also be lazy and a slob. I am intelligent sometimes, but I think I come across as pretty dumb sometimes. I've been told by people that I'm tough, which is a characteristic I may have learned or inherited from my dad, a 91 year old (as of November 2018) World War II veteran, who shot and killed many enemy soldiers in the last World War (WW II). Since then he has done a myriad of things, and my own measly existence really doesn't compare. (He continues to make plans for future ventures, and pushes to make things happen.)

I'm not always serious. I have a pretty laid-back attitude. I am almost never up-tight about anything. I have plenty of self-confidence, but that's not always a good thing. In fact, I think it might make me seem arrogant sometimes, which I just might be, without meaning to be. I try not to be judgmental, and I try to be pretty open-minded. I believe we can always learn new things, even when we get old. (My dad learned how to use an iPhone after he turned 80.) My sense of humor can be complex, and it's a bit dry sometimes, I think. For some reason my humor seems to go right past most people. I guess they don't "get" it, or it's just so corny they don't want to acknowledge it. I'm really not sure which it is.

I have some experience in a variety of industries. Without making this into a resumé, I can tell you that I'm not just into photography, but also I'm a part-time webmaster and website developer, and in the past I've been a stock man, a warehouse laborer, a truck driver, an auto mechanic, a salesman, and a customer service manager. I've never flown a plane or helicopter, but I've been a bulldozer operator, dredge operator, and piloted a few different boats. I know how to sail, and I have sailed more than one or two different sailboats, though I am still just a beginner. Normally I ride a bicycle, because I don't want to get fat, and I like the feeling of riding my bike. If I have to go far I take my bike on a bus or train, but not always. A few years ago I rode all the way to Asheville, North Carolina from south Florida (about 900 miles). It took a few weeks, because I was only riding about 30 to 40 miles per day. I camped by the side of the road each night in a tent, which I carried on a rack on my bike, along with my sleeping bag and an air mattress.

I like to bike, hike, snow ski, and dive (snorkeling and scuba diving). I love to watch adventures, like cowboy and action movies, fantasies like The Hobbit, movies about Vikings and Roman times, and sci-fi movies and TV shows (i.e. Stargate SG1). I'm heavily into a clean future, though I'm not convinced that humans have much to do with global warming . . . if global warming is really happening. (I've done a little research, and some places seem to be cooling, rather than warming.)

I'm a conservative with liberal ideas. I like organic food, and the idea of plastic food and drink containers bothers me. I can taste that plastic way too often, and that can't be good. I think gun control is being able to hit your target, but I think the U.S. government should provide free hospitals for everyone the U.S, which I believe would save enough money on Medicaid and Medicare to pay for those hospitals. (The U.S. spends over $800 billion per year on Medicare and Medicaid. Just half of that could pay to build and run thousands of hospitals.) I think we should all be driving electric cars (not by decree, but because they're just a better idea - I think it's coming), and Elon Musk is my hero, not only because of Tesla, but because he's doing what others can't or won't to save life from Earth, by colonizing Mars and really taking us to the stars.

So why electric cars? They're cleaner, quieter, and safer (and they CAN be faster . . . and I like fast cars - I used to work as a mechanic on Porsches for a living). The air pollution caused by today's gas burning cars is mostly in the cities, right? Where do most people breathe?

You can learn more about me by looking through my Facebook profile here: https://www.facebook.com/scottkennelly (Yes, I'm on Instagram too.)